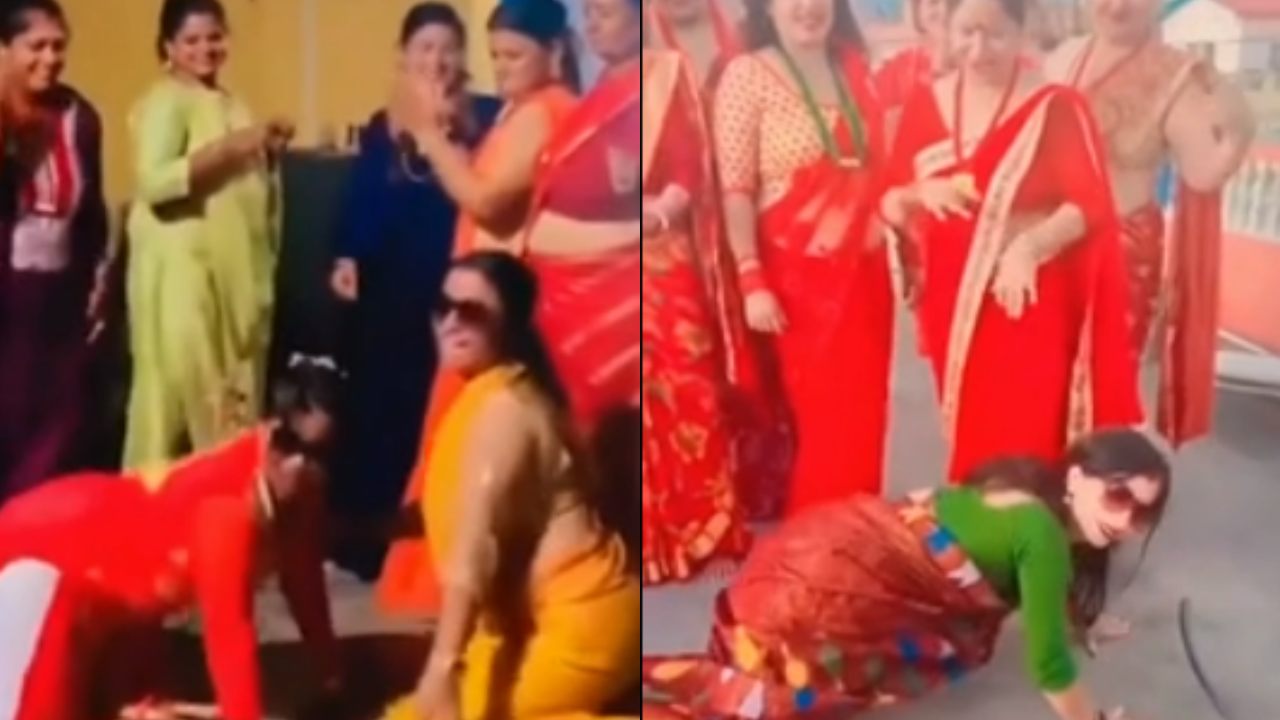 Check out the Kala Chashma Twerking Dance by Indian Aunts

A while back, the stunning Bollywood dance performance at a wedding by the all-male dance group Quick Style from Norway went insanely viral on social media. The dancing company shared snippets of the show on Instagram. They became a viral hit thanks to the first reel, Kala Chashma, which also garnered media attention. The subsequent videos they made for songs like Chura Ke Dil Mera, Sadi Gali, and Tumse Milke Dil Ka also earned millions of views. Shilpa Shetty, Akshay Kumar, and Katrina Kaif were just a few celebrities who praised their dancing. Their choreography was fresh, hip, lively, and just plain fun to see. Over 50 million people have watched their entire wedding performance on YouTube.

Utilizing audio from Quick Style’s reel, an increasing number of Instagram users are now following the Kala Chashma dance trend. Due to how powerful they are when combined with the incredible beats of the song, people are even mimicking Quick Style’s choreography for Kala Chashma. One dancer gets down on all fours and twerks to the beat as the song starts as the dance craze’s hallmark motion.

Indian aunties are currently joining the craze and may be seen dancing to the song while performing the viral moves. The video is edited with a number of clips of aunts participating in the trending dance challenge by twerking on the ground. At a cat celebration for married women, an aunty wearing a green sari was spotted performing the popular dance move.