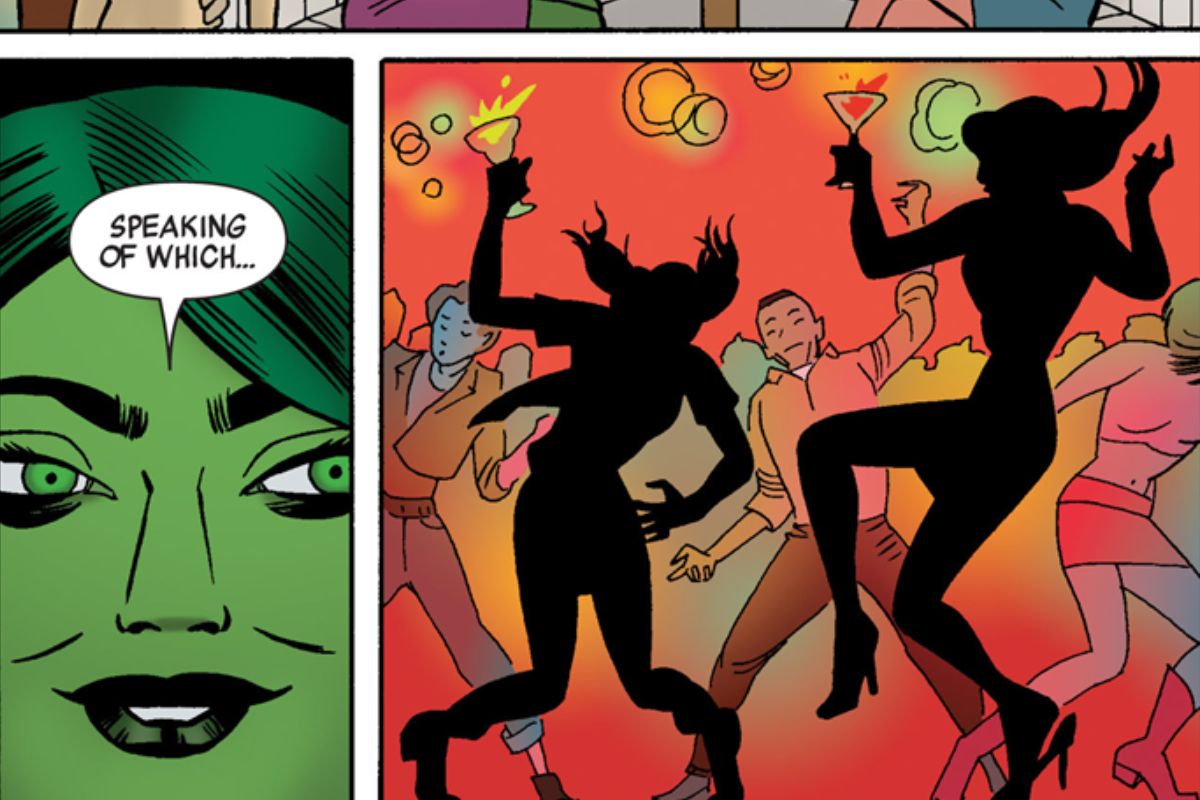 Every other week, Disney+’s She-Hulk manages to strike the tone familiar to many of her solo series or, honestly, any storyline that keeps her in the city—a tone mirroring the fact that Jen Walters may be a serious lawyer with the powers of a Hulk, but she’s navigating the world as a young woman dating and hanging out with her girlfriends Patsy Walker (Hellcat) and/or Nikki Ramos. Part of this is her not being afraid to get down.

While in the contemporary take, she twerks and stans Megan The Stallion, in The Incredible Hulk (1997) Walters got on the dance floor and danced to the most ’90s song of all time—The Macarena by Los del Rio.

In this Incredible Hulk episode entitled “Down Memory Lane” (season two, episode two), she’s busy battling the villains of the day with her cousin Bruce, but also makes time to go to her high school reunion. While The Macarena isn’t actually playing, those are the moves. They probably figured the scene was short and it was a kids’ show, so licensing it wasn’t worth it when the dance would come across plenty clearly on its own.

This scene is even better knowing that before her former classmates saw Walters, they were talking about how dorky she was in HS and how she had “low numbers on the coolness chart.” For those interested, yes, though this aired originally on Fox Kids! under UPN, you can now watch it on Disney+!

Since the ’90s, there have been even more dancing sequences, such as the panel at the top found in She-Hulk #1 – Motion (2014). The title itself plays on the legal jargon of filling a request and, of course, the act of dancing. CBR critic Robert Vaux noted that there’s something to green women doing the Macarena and linked a video of Poison Ivy dancing to the same song in Harley Quinn: The Animated Series.

—The Mary Sue has a strict comment policy that forbids, but is not limited to, personal insults toward anyone, hate speech, and trolling.—

Have a tip we should know? [email protected]