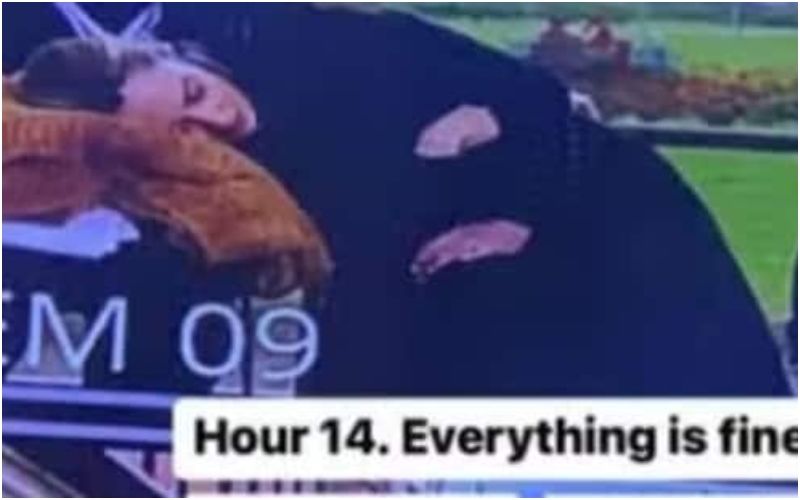 The entire world was focused on the Royal family and Buckingham Palace on Monday for the Queen’s funeral. News reporters including the likes of Susanna Reid and Huw Edwards were praised for their leading coverage, despite their exhaustion.

While the nation came together to mourn Britain’s longest reining-monarch after the Queen passed away peacefully, while Balmoral Castle was surrounded by her loved ones, as confirmed by Buckingham Palace.

While TV presenters from around the world reported live, however, an Australian TV show host, Allison Langdon was spotted catching a few moments of precious sleep after 14 hours of broadcasting.

Viewers shared images of the presenter via social media as she was spotted resting her head on a folded jacket. Interestingly, Allison Langdon re-shared the image on her Instagram account alongside the caption, “Hour 14. Everything is fine.”

Earlier in the day, Allison Langdon had shared a post describing the privilege of being able to cover the late Queen Elizabeth II’s funeral. “A privilege to watch the late Queen’s final departure from Buckingham Palace. A woman who meant so many things to so many people. What a farewell,” she said.

For the unversed, Queen Elizabeth II was laid to rest on Monday after a private burial in Windsor. She passed away at the age of 96 on September 8 and was buried alongside her late husband Prince Philip – who passed away last year.