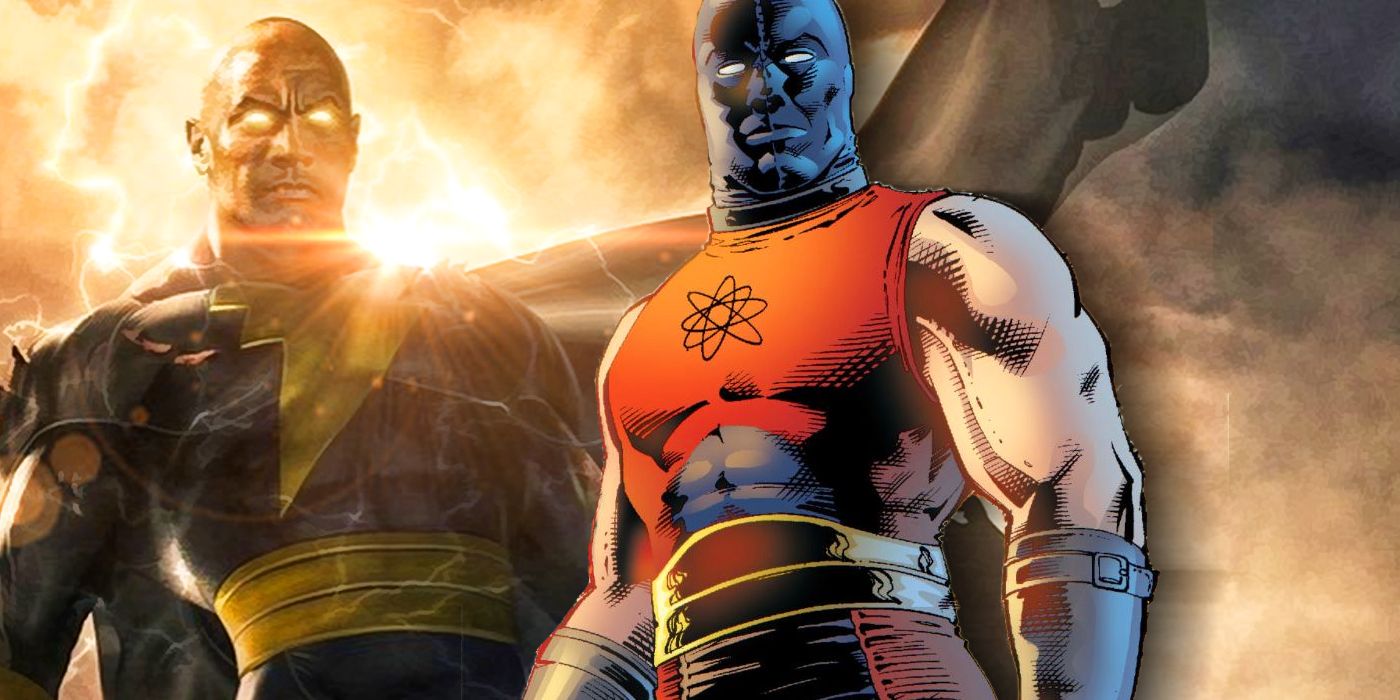 One of the most interesting aspects of the Black Adam movie is how the DC Extended Universe has integrated the Justice Society of America. It’s left fans excited to see how Hawkman, basically coming off as DC’s Iron Man, assembles a new team alongside fellow veteran Doctor Fate in order to take down the once-heroic Teth-Adam. Thankfully, a prequel comic series is detailing the histories of the heroes that’ll join Hawkman, with Cyclone, for example, being a JSA enthusiast desperate to make a difference.

Ironically, Black Adam: The Justice Society Files — Atom Smasher #1 (by Cavan Scott, Bryan Q. Miller, Travis Mercer, Marco Santucci, and Kaare Andrews) gave insight into Noah Centenio’s Albert Rothstein (aka Atom Smasher) and how he enlisted. However, the one-shot also revealed he had a wardrobe malfunction that Hulk could relate to, but not on this behemoth scale.

RELATED: Why Do Comics Promote Movies And Not The Other Way Around?

The problem arose when Albert decided to bust an arms sale involving two gangs, not realizing Intergang –the villains in the Black Adam film — would raid as the weapons belonged to them. As the firefight broke out, Albert did try to save some goons, but the priority was protecting himself. As such, he had to use his atomic density powers, enlarging himself to become DC’s Giant Man.

In the process, he ripped his clothes apart and ended up naked. He took a few bullets but as he said, once he got bigger, his skin toughened up, making it tougher to pierce. Still, being exposed like that, especially such sensitive areas, can’t be good for business, not to mention the media was picking up this naked mammoth hero stopping crime. As his uncle, Al (the ex-JSA soldier known as the Atom) said, it’s just not a smart way to build their salt of the Earth brand.

He even had a conversation in Albert’s earpiece, about why Albert should wear proper costumes. Albert had come to regret ignoring him, instead just focusing on the right mask, opting for a ski mask as opposed to a Superman mask. But he didn’t think he’d be changing his size in battle, which Al warned him about. He should have taken a lesson from Hulk, who switched to stretchy purple pants for when Bruce Banner transformed. In time, Hulk also got the help of his fellow Marvel geniuses when it came to outfits, a topic being addressed with the Drip Broker tasked with making Jen’s costume in She-Hulk: Attorney at Law.

That said, Albert did get over the issue, because after foiling the caper, Al sent him a proper uniform. His uncle knew he was ready to replace him, so Al got an invitation sent from Hawkman, officially inducting Atom Smasher into the JSA. Thankfully, it was with the right clothes and a mask, which differentiated Albert from looking like the Marvel Cinematic Universe’s proto-Spider-Man costume. And more importantly, it was a costume that ensured Albert wouldn’t be flashing the world as he pushed forth with his superhero career.