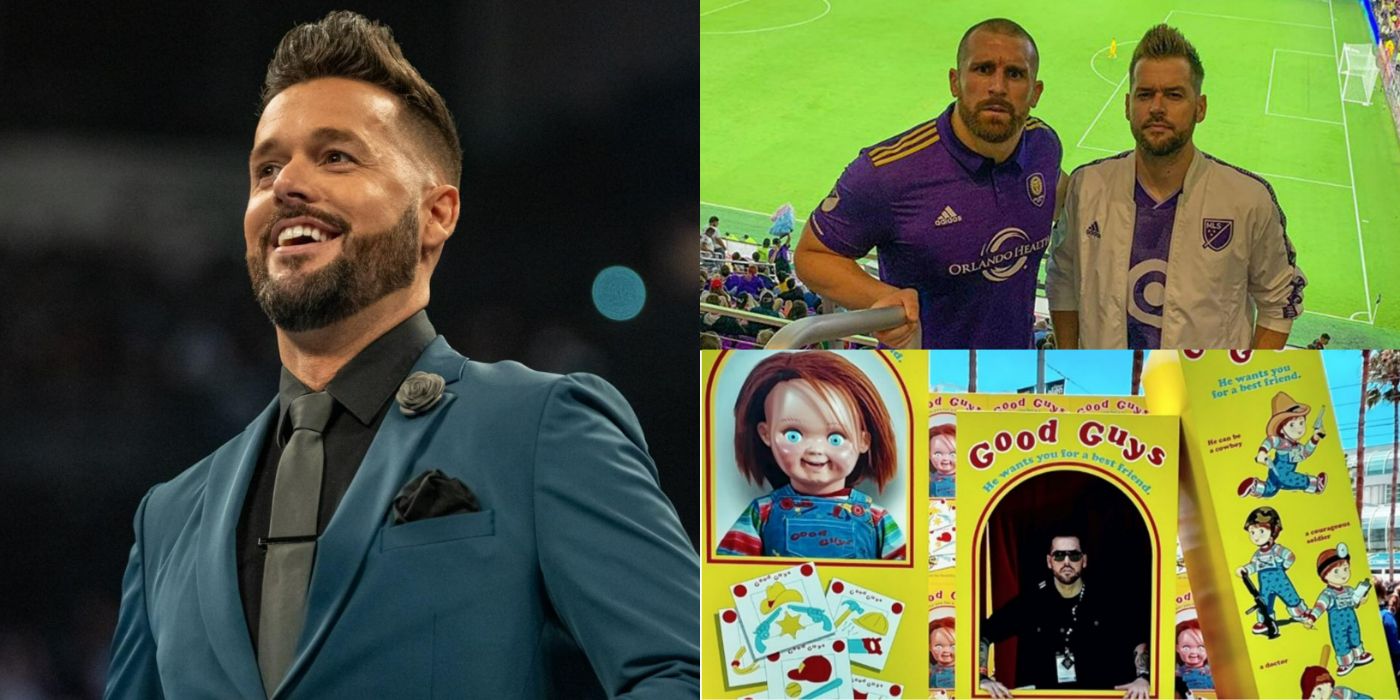 Ring announcers in professional wrestling are never the focal point of the product, as their job is to enhance all of the WWE Superstars. However, when done right, an announcer can end up becoming iconic through their performances, such as people like Justin Roberts and Lilian Garcia have.

Mike Rome is currently on his way to achieving that goal on Monday Night Raw every week. He has created his unique style and put a stamp down on the red brand to make that position his own, and fans are slowly starting to learn more about his personality outside of the ring as well.

THESPORTSTER VIDEO OF THE DAY

While Mike Rome is currently the Monday Night Raw announcer, he hasn’t always been in that field, and before he got that opportunity he spent his time working in the theme park industry. Rome was a part of the team at Universal Studios, working in entertainment where he took on a variety of roles.

He often played other characters such as Jack The Clown for their annual Halloween Horror Nights events, with Rome showcasing his ability to act and do whatever it takes to entertain people.

Mike Rome is on the road with the roster just like the professional wrestlers, and because of that, he has created bonds with the talent. One person that he is particularly close with is Alexa Bliss, and a lot of that links back to his past with theme parks, as both of them love attending them.

They often spend time together in Walt Disney World, but they hang out a lot in their spare time, with the two of them having become incredibly close friends throughout their time with the company.

Greg Hamilton is a former WWE announcer, and he is someone that worked a lot at the same time as Mike Rome, with the two often being on different shows. However, what a lot of people likely don’t know is that it was Hamilton who helped Rome get his first break in WWE to begin with.

When the company was moving him from NXT to SmackDown, they needed a replacement on the black and gold brand to make it happen. Hamilton recommended Rome as they knew each other previously, and the rest is history.

Everybody has different passions outside of their work, and Mike Rome is no different in that regard. For him, one of those is the horror film genre, with the ring announcer loving that style of story, often sharing his favorite films online, and spending a lot of time watching them.

He also has several tattoos about the horror genre, showcasing just how much he cares about those movies and the characters that have been created from them.

Typically, ring announcers don’t get themselves inside the ring to be involved in storylines or matches, but Mike Rome has proven to be an exception to this rule, briefly. Rome was able to capture the 24/7 Championship at a live event, becoming one of many people in the company to hold the title.

RELATED: 10 Golden Era Wrestlers We Wish Were Around For The 24/7 Title

Because it wasn’t at a televised show, a lot of people aren’t aware of the fact that Rome once held the title. He pinned Samir Singh at a live event, but he held the title for just nine seconds before Sunil Singh ended up pinning him.

Mike Rome has a lot of passions outside of the wrestling business, and many of them are what he himself considers to be nerdy. Nowadays, pop culture is incredibly popular, with properties like Marvel, DC, and Star Wars being openly beloved by millions, and Rome is one of those.

He has a sleeve dedicated to different aspects of those worlds that he loves to consume, and they take up a large chunk of his time, which is something a lot of people can likely relate to.

While WWE fans know him as Mike Rome, his actual name is Austin Romero, therefore there were some changes made when he got signed to the company. Because of Steve Austin, WWE immediately wanted him to change his first name in order to not cause any issues, and they also split his middle name.

However, while he was originally going to be Michael Rome, during one interaction when someone shouted his name near Michael Cole it was decided they were too similar as well. Because of that, his first name got chopped

Just like many of the current WWE roster, Mike Roma got his wrestling career kickstarted in WWE’s developmental brand, NXT. This is where he started working as the ring announcer, spending a good chunk of his career there helping the show grow.

His style became popular and because of that the company began to trust him, which ultimately led to him being brought to the main roster where he has been involved in Raw and SmackDown since.

Mike Rome is obviously a major professional wrestling fan, but that isn’t the only sport that he is passionate about, as he is also a big soccer fan. It is a growing sport in America, and Rome is passionate about that, with this being something that he actively follows.

Rome is an Orlando City supporter and he often attends games or shares his thoughts and feelings on social media, clearly being an avid fan who supports the team passionately.

1 Influenced By The Undertaker’s Debut

Everbody who gets involved in the wrestling business tends to have one moment where they ended up falling in love with the industry, and Mike Rome is no different from that. For him, he was taken back by the debut of The Undertaker, who has obviously become one of the most iconic stars of all time.

Considering Rome’s love for horror it is no surprise that Undertaker is a character that he ended up being attached to as he certainly tapped into those elements.