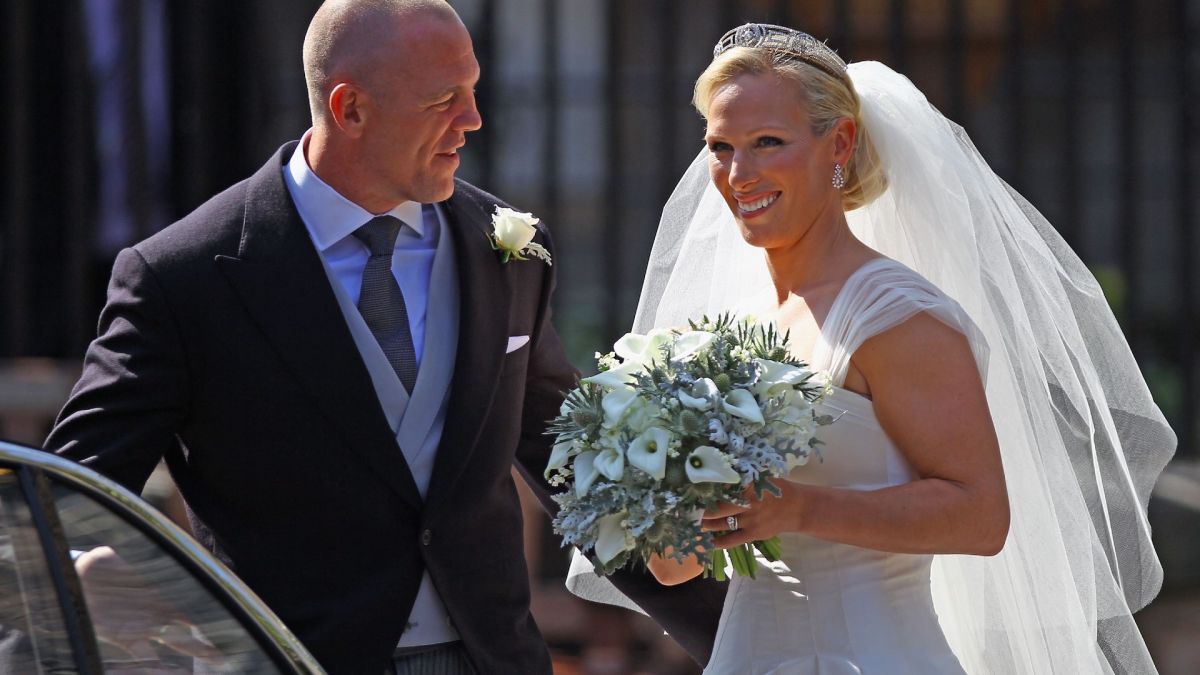 Luckily for Mike Tindall, his wife Zara doesn’t seem the type to get easily offended.

The former rugby player has just launched his brand new podcast, aptly titled Mike Drop, and he quite rightly decided that the best guest he could have on the first episode was none other than his royal spouse.

They had a really heartwarming 30-minute conversation about all sorts of subjects close to Zara’s heart, but there was one moment when Mike threatened to kill the mood by making a slight mistake that, thankfully, everyone just thought was very funny instead.

His wife was having none of it and told him: “Who said that?”

He took it on the chin and answered: “I don’t know.”

However, it was another part of what Mike said that jumped out to Zara soon after that. She asked: “Didn’t we get married in 2011?”

Mike immediately realised his mistake and started laughing nervously before saying: “Oh sorry, yes, we did.”

Zara thought it was hilarious, but Mike clearly looked quite embarrassed. He said loudly: “s**t!” as his wife continued to laugh at the situation.

Aside from that moment, royal fans were touched by the sweet interactions between the couple.

“Lovely interview! And the way you look at each other is priceless,” wrote one person.

“Love Zara, such an admirable, and gorgeous woman … with the added bonus of a great sense of humour,” said someone else.

“What a lovely interview. It was funny, kind and  informative. Enjoyed all of it. The friendly laughter between you both was a pleasure to see. Well done,” wrote yet another royal watcher.