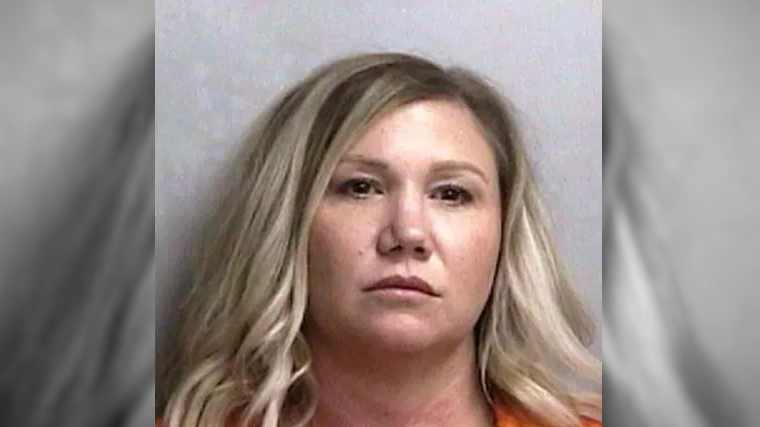 A former Christian private school teacher was arrested after she twerked on a student at the prom and pressured him into drinking booze. The prom went down on April 8, 2022 when Julie Hoover (39) put the moves on the student.

Apparently, school staff left alcohol in the backroom for after the dance—presumably for the adult staff. Hoover allegedly attempted to force the straw of her alcoholic drink into the student’s mouth.

The under-aged victim also reported that Hoover twerked on him while on the dance floor, making him uncomfortable. According to WCTV-TV, several people at the prom attempted to stop the teacher on several occasions.

It would take months and a new school season would already begin when Julie Hoover was arrested on September 6, 2022 and charged with contributing to the delinquency of a minor as well as authority figure soliciting or engaging in lewd conduct with a student.

Interestingly, this is not Hoover’s first offense as she was arrested in June for sexting a high school senior. The senior’s mother would find the texts and report her to authorities.

Hoover bonded out of jail later on September 6. Her former employer issued a brief statement on her release:

“Mrs. Hoover is a former teacher with Point of Grace Christian. We will not provide further information on her employment or departure from our school.”

CHECK IT OUT: To get The Overtimer’s Hottest Stories, Breaking News and Special Features in your email, CLICK HERE! Also, subscribe to Daily Soap Dish on YouTube for reality TV news and views and hit the bell icon for updates!